Welcome to Dynamic Tactics online store. Located in South Eastern, PA, we are a small family owned business who cares about their customers. We have just about everything you are looking for related to firearms, camping, archery and more. Here at Dynamic Tactics, if we do not like a product we will not endorse it. We will help you to choose the right item, we will not sell you something just to sell it. Our employees and instructors have years of experience teaching firearms. The courses we teach are done so by Certified Instructors. All of our instructors have experience in either LE, Military, Private Security, or Emergency Services. Check out our training page for the courses we offer. Group discounts are available. Feel free to contact us for more information. 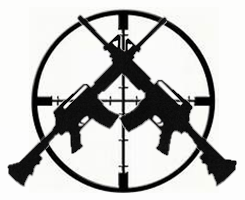 We are a small family owned business located in South Eastern PA.  Along with our firearms sales, we offer firearms training.  Training can be One-on-One or in Groups.  Contact us for more information.  We also offer a large selection of accessories.

Joe: Joe has experience working in Emergency Services since 1990 in NYC until he relocated to Eastern PA in 2007 and worked locally for Emergency Services. He received his NRA Firearms Instructor Certification and In July of 2013 he opened the business originally known as Stop the Bleeding. The name changed to Dynamic Tactics in 2015 and in 2016 he started selling firearms after receiving his FFL.  Joe has instructed not only civilians but, Security Officers and LE Officers too.  Joe is also a Certified Glock Armorer.